Subway has just recently expanded its vegan menu, with the highlight having to be the Meatless Meatball Marinara. The vegan dupe to the traditional meaty favorite was an instant win with Subway’s vegan fans. However, they didn’t stop there with the new vegan options.

The Plant Patty is another great option for vegans, and it is a slab of veggie goodness that can be put into a sub, wrap, or salad. You might know the familiar taste of the Plant Patty from somewhere, and that is because Subway has simply renamed their Vegan Patty to rebrand it. 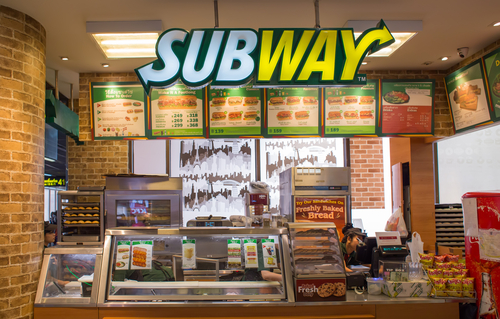 The T.L.C is also a great vegan option, which stands for Tastes Like Chicken, and is a clever play on the ordinary B.L.T. The plant-based chicken is excellent for any vegans who miss their chicken and want to find something that tastes exactly like it.

One of the best things about Subway is that you have the opportunity to customize your sub to however you want it, making it the ideal choice for vegans. There are no pre-made meals that you have to feel bad about asking to be made vegan - you can do it yourself!

There are five options for your sub’s bread, along with one wrap if you’d prefer something lighter. The plain wrap is vegan-friendly.

Cheese is obviously not vegan, so it comes as no surprise that there are limited cheese options available for vegans at Subway. The only option is the Mozzarella-Style Plant-Based Cheese, which is a vegan cheese made from zero animal products.

Now, this is where Subway really shines when it comes to their vegan options. Whether you find this impressive or not is up to you, as all salad is vegan anyway.

The salad selection is impressive and you can choose as much or as little as you want in your sub. The options are as follows:

The sauce can be placed onto your sub after the salad. You don’t need to choose any sauce, but there are ten options for your sauce should you opt for it.

Unfortunately, a lot of the side orders from Subway are not vegan. The options you have are Hash Browns, a Mozzarella-Style Cheese-Free Toasted Bite (which is a vegan toastie), or a Bowl of Meatballs. Just make sure to ask for meatless meatballs if you opt for the latter.

Strangely enough, the only salad that Subway does that is vegan is called the Veggie Delite Salad. Every other salad has meat or not vegan dressing.

The Plant-Based & Veggie Platter is the only vegan platter on the menu, with a mixture of Plant Patty subs and Veggie Delite subs. These are ideal for gatherings where a lot of the guests are vegan.

Finally, if you’re looking for a sweet treat after your lunch, you might be disheartened to know that you only have one option. The Vegan Double Choc Cookie is the only plant-based snack on Subway’s menu.

Is anything at Subway Vegan?

Unlike some other fast food restaurants, Subway is a fairly safe bet for vegans as a large part of their menu consists of vegetables that are vegan. Subway is also a great choice for vegans as you can choose your own fillings, allowing you to tailor your sandwich or wrap to suit your taste.

The majority of the bread options at Subway are also vegan, giving you lots of options to choose from and ensuring that you can get a full vegan meal from this takeaway restaurant.

Is the Veggie Patty at Subway Vegan?

However, Subway has launched a second type of veggie patty which is in fact suitable for vegans. This new patty is not available in all of their stores, however, so it is very important that you check with the specific restaurant that you are in, just in case the veggie patties that they serve are not vegan-friendly.

While the main menu at Subway offers lots of vegan options, the extras menu does not offer many vegan options. This includes their cookie options. Most Subway stores will only stock cookies that have been produced using milk, meaning that they are not suitable for vegans to eat.

However, Subway in the UK and Ireland have introduced vegan double chocolate cookies to their menu, so this could be a sign that the company is beginning to expand its vegan options. But currently, none of the cookies sold in Subway in the USA are suitable for vegans to eat.

Yes, the Falafel at Subway is suitable for vegans. So if you can get your hands on it, this is an option that is suitable for vegans. However, this filing is not available in all Subway stores, and it can be difficult to find. But if you do find it, Subway Falafel is perfectly safe for consumption by vegans as it contains absolutely no dairy products, as long as it is eaten by itself.

If you have seen this falafel advertised, you will notice that it is often paired with a cucumber sauce, but it is best to avoid this sauce as it contains milk and is not suitable for vegans. However, on its own, Subway falafel is suitable for vegans.