When it comes to finding American-Asian cuisine, PF Chang’s is the restaurant that is at the top of most people’s list. It’s not hard to find one either, with 219 locations scattered across the United States, and a headquarters in Scottsdale, Arizona.

One thing that many people would like to know about PF Chang’s, especially those following a plant-based diet, is how many vegan options are available. 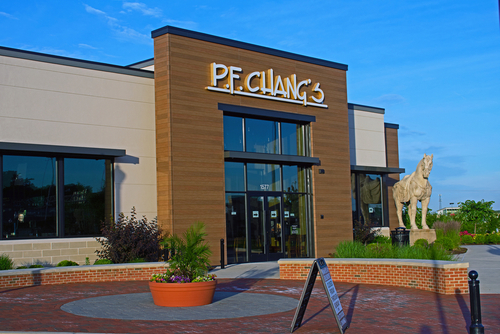 Below, we’ll take a look at 9 delicious vegan options at PF Chang’s. We’ll also point out some of the meals at PF Chang’s that are masquerading as vegan but, in fact, actually contain animal products.

PF Chang’s Edamame is a classic, simply Asian side dish. It’s steamed to order, so you know it’s super-fresh, and served sprinkled with sea salt. And, most importantly, it’s 100% vegan.

Another delicious side dish, the Chili-Garlic Green Beans on offer at PF Chang’s is one of their most flavorful vegan dishes. The beans are cooked in a fiery, red chili sauce that is infused with the unmistakable taste of fresh garlic and highlighted with Sichuan preserves.

If you like the sound of the flavor combination above, but you’re not too keen on green beans, then PF Chang’s Sichuan-style Asparagus is the perfect choice. This dish is completely vegan, and the asparagus is cooked in a mixture of red chili paste, garlic, Sichuan preserves, and sliced onions.

Sometimes the simplest dishes are the tastiest, and this is certainly the case for PF Chang’s Wok’d Spinach with Garlic. This vegan dish is exactly what it sounds like; fresh spinach leaves quickly fried in a wok along with freshly chopped garlic.

Unlike a lot of restaurants, PF Chang’s offers some vegan meals that are guaranteed to satisfy your hunger. Their Buddha’s Feast is potentially the biggest of them!

This vegan-friendly meal is a combination of five-spiced tofu, asparagus, shiitake mushrooms, broccoli, and carrots, all served in a savory sauce.

Looking for something a little meatier but without causing any animal suffering? PF Chang’s Stir-Fried Eggplant fits the bill perfectly. Not only is it 100% vegan, but it has a fantastically irresistible texture.

We all know how eggplant soaks up flavor too, and the sweet chili soy glaze, green onions, and garlic that are cooked with this dish permeate the entire meal.

Another great vegan choice from PF Chang’s that lets you feel like you’re eating an actual meal, rather than collecting side dishes! The Thai Harvest Curry is made from five-spiced tofu, butternut squash, rustic vegetables, and Asian mushrooms. All of these delicious veggies are served in a red curry broth and topped with Fresno peppers.

While these lettuce wraps are branded ‘vegetarian’, they are in fact vegan. This is one of PF Chang’s signature dishes and the recipe has been passed through generations of the Chang family, but one thing that has always been the same is the exclusion of animal produce.

All you’ll find inside these lettuce wraps is tofu, green onions, water chestnuts, and crispy rice sticks. 100% plant-based and 100% delicious!

Last, but by no means least, both brown and white steamed rice at PF Chang’s are vegan-friendly. They aren’t cooked using any animal stock either, so there’s no need to worry about cross-contamination.

There are some dishes on PF Chang’s menu that may seem vegan at first glance, but on closer inspection, they are actually vegetarian. This is because they include milk, eggs, or seafood-based ingredients.

Here’s a list of the dishes to avoid if you’re following a vegan diet:

Some of the above dishes should also be avoided if you suffer from certain allergies, such as dairy or shellfish.

Compared to the vegan meals on offer from a lot of other restaurants, PF Chang’s actually has quite a large variety of choices. From simple side dishes to full meals, there is something to please every vegan’s appetite and satisfy those Asian-flavor cravings.