Habit Burger is an American fast food restaurant chain that is known for its delightful charbroiled hamburgers. We know, it sounds like every vegan’s dream, right?

There are over 280 Habit Burger restaurants around the world, with even more being opened up regularly.

Habit Burger allows their allergen information to be available to the public thanks to the wonders of the internet. 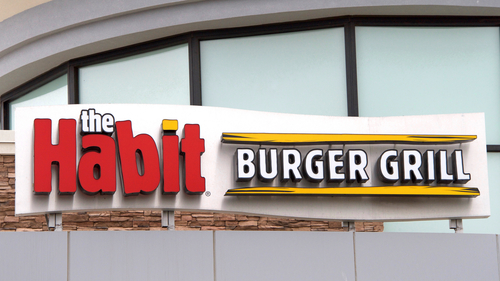 We know that Habit Burger has an extensive menu for the meat-eaters who dine there, but what about people who follow a vegan diet?

Below we are going to be looking into all of the vegan options that Habit Burger has to offer each and every one of their diners.

Contents hide
1 Veggie Burger
2 French Fries
3 Sweet Potato Fries
4 Tempura Green Beans
5 Garden Salad or Side Salad
6 Drink Options
7 Summary
8 Are Habit Burger onion rings vegan?
9 What is the habit veggie burger made out of?
10 Is the veggie burger at the habit good?
11 Does Habit Burger have the impossible burger?

Perhaps the most desirable option on the menu is the Veggie Burger. After all, if you’re going to a burger chain you’re going to want something that the restaurant is known for, right?

The Veggie Burger, despite its name, is in fact completely vegan. The burger consists of a veggie patty on a bed of lettuce, tomatoes, cucumbers, and raw onions. The bun is a wheat bun, although you can also opt for another vegan-friendly bun such as a seeded bun, plain bun, or a lettuce wrap.

The sauce is the sweet mustard dressing which is also vegan-friendly. You also have the option to make substitutions with your burger if you’d prefer, with a list of the other vegan-friendly toppings on offer down below:

If sweet mustard isn’t to your taste, either, there are three other vegan-friendly sauces to choose from:

Luckily, the French Fries sold at Habit Burger are also vegan-friendly. The fries are made up of nothing but potato and seasoning, both of which are considered vegan. The only thing to consider with this is the possibility of cross-contamination.

We cannot find anything on this online, although it’s likely that the fries are cooked in the same oil as non-vegan menu options, such as Fried Chicken.

The Sweet Potato Fries are also vegan-friendly for the same reasons as the normal French Fries. Again, you need to be aware of the possibility of cross-contamination. It’s up to you whether the potential for cross-contamination is enough to make you choose against the fries or not.

Garden Salad or Side Salad

Something you can never go wrong with is a salad, but make sure to ask for it with no croutons. The Garden Salad is made up of romaine, green, iceberg, and red leaf lettuce, Roma tomatoes, red onions, cucumbers, carrots, and croutons. Just remove this last item and you have a vegan salad.

There are three salad dressings to choose from in order to follow the vegan diet, which is as follows:

Habit Burger also offers a variety of vegan-friendly soft drinks, mostly coming from the Coke brand. However, there are a few others to choose from, including alcoholic beverages and of course water.

Overall, Habit Burger offers a decent range of vegan-friendly options. You can have an entire meal here, including a burger, fries, vegetables, and a drink. We might like to see another burger substitute on the menu, so we hope that Habit Burger will consider thinking one up in the future.

This means that you are unable to order the onion rings at Habit Burger if you follow a vegan diet. The onion rings are fried in a shared fryer. Also cooked in these fryers are the crispy chicken, french fries, and tempura green beans. We do wish that Habit Burger had a separate fryer for all vegan-friendly items on their menu.

What is the habit veggie burger made out of?

Even though Habit Burger does not list the ingredients of their menu items, they do state all nutritional information. This burger is vegan and vegetarian friendly. It comes in a toasted wheat bun and is topped with lettuce, raw onion, cucumber, tomatoes, and sweet mustard dressing.

You can also swap out the wheat burger bun for either a seeded bun, plain bun, grilled sourdough, or iceberg lettuce wraps.

Is the veggie burger at the habit good?

Depending on what you look for in a veggie burger, the Habit veggie burger can vary in opinions. Some people absolutely love the veggie burger as the bun, toppings and sauce are so fresh and tasty. If you like your veggie burger patties made from a veggie mixture, this is a delicious option.

However, we have so many veggie patties coming through recently which look and taste exactly like a regular beef patty. These patties are usually made from soy proteins. If you are looking to ease yourself into the vegan or vegetarian lifestyle, then we recommend starting with a product like this. Otherwise, the Habit veggie burger may lack the texture that you’re used to.

Does Habit Burger have the impossible burger?

The impossible burger can be bought at Burger King, but unfortunately, not at Habit Burger. This burger is made from soy protein and is cooked in coconut and sunflower oils. These burgers are almost identical in taste and texture as a regular beef patty, except they are completely meat free.