Jersey Mike’s is an American sub sandwich chain with over 1,500 restaurants dotted all around the United States, as well as a few around Canada and Australia.

With the vegan-diet becoming more popular than ever in recent years, today we’re going to be looking at all of the vegan options that Jersey Mike’s has to offer. 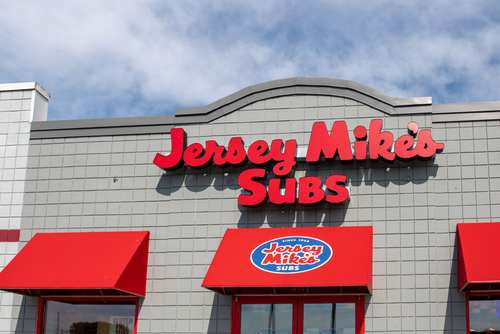 Jersey Mike’s doesn’t offer the best menu when it comes to vegans, as there is only one sub that is vegetarian. With a few substitutions, you can make it vegan-friendly.

The Veggie is a vegetarian option that comes with:

As you can see, the only things you need to do to make this vegan is to remove the cheeses. Most Jersey Mike’s restaurants will substitute the cheese for avocado without you having to pay extra, which is a nice bonus to know about.

While there may only be one vegetarian sandwich that you can substitute cheese out to make it vegan, you can also build your own vegan sub. Let’s look at the ingredients that you can choose from.

Jersey Mike’s has five bread options, two of which are not vegan-friendly because of the animal-derived products added. The bread options are listed below:

Jersey Mike’s does not currently offer any vegan-friendly cheeses, so steer clear of them.

Jersey Mike’s does have a nice variety of toppings that are vegan-friendly, including:

There are also five sauces that you can choose from while following the vegan diet at Jersey Mike’s. These are listed down below:

You can also choose from the sides menu at Jersey Mike’s. There are a variety of chips to choose from, including Sun Chips, Lays, and Mrs. Vickies. There are often other chips available in-store, but these vary from place to place.

No other sides from Jersey Mike’s are considered vegan friendly, including the brownies or cookies.

Jersey Mike’s also features drinks that you can purchase on a vegan diet, such as soft drinks, juice, and hot drinks. Use your better judgment to see whether something is vegan-friendly or not. Of course, milkshakes and milky drinks are not going to be vegan-friendly.

Overall, Jersey Mike’s offers you the chance to make your own sub sandwich that is completely vegan-friendly. They also have a vegetarian option that you can remove the cheese from to make it vegan.

The ability to make your own vegan sandwich, along with the vegan-friendly sides and drinks allow you to have your own meal from Jersey Mike’s. We hope that Jersey Mike’s puts some more vegan options on their menu in the future, but for now, it’ll do nicely.