Yeast is an egg-shaped fungus that is made up of a single cell, which you can only see when looking through a microscope. In one gram of yeast, there are 20 billion yeast cells. In baking, yeast is often used for bread or other doughy baked goods.

During the baking process, yeast ferments the sugars found in the flour and releases carbon dioxide. These carbon dioxide molecules rise through the dough without being able to escape from the stretchy dough. 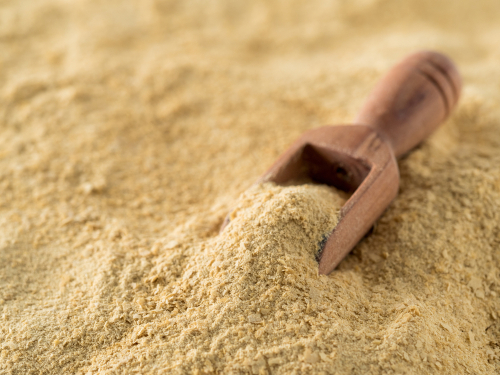 So, they’re stuck within the dough with only one thing to do - expand and make the dough rise. This is how the dough becomes so airy and light rather than stodgy.

Yeast is most commonly found in bread and beers, but is it vegan-friendly? Most people might say yes without a second thought, but that might be making you break your vegan diet without you even knowing it.

Today we are going to be looking into whether or not yeast is suitable to consume when following a vegan diet.

Contents hide
1 Where do you find yeast?
2 Why do some people not consider yeast vegan?
3 How is yeast a living ingredient?
4 Summary

Where do you find yeast?

Almost no one eats yeast on its own, as it’s not particularly flavorful or craved by the masses. However, yeast is often found in many of our most loved foods and drinks. Yeast can also be naturally occurring, meaning that while it may not be in the ingredients list, it is still in the food!

Below is a list of the most common foods and drinks that contain yeast:

As you can see, plenty of foods utilize yeast to make them as enjoyable as they are. Luckily, the majority of people who follow the vegan diet recognize that yeast is vegan-friendly as it doesn’t contain any animal by-products.

In fact, many vegans use yeast as one of their main sources of protein as they cannot get it from the usual meat sources.

Why do some people not consider yeast vegan?

While the main consensus is that yeast is vegan-friendly, there are a small number of vegans that do not agree with this statement. They avoid yeast due to ethical grounds, as they argue that yeast is a living ingredient so it’s not ethical to consume it. These are the strictest of the strict vegans.

How is yeast a living ingredient?

As we mentioned earlier, yeast is made up of a cell. A cell is technically living, much like bacteria, plants, and humans that are made up of cells. However, just because something is made up of a living cell does not make it a living ingredient.

Using that logic, vegans should not be consuming anything with bacteria on it. Say goodbye to vegetables and other plant-based foods, as these are also made up of cells. Yeast is a fungus, which is not an animal-derived product.

While animals belong to the Animalia Kingdom by scientists, they also state that yeast belongs to a group called Fungi. They are two completely different things, according to science.

Ultimately, it is up to you whether you consider yeast to be vegan-friendly or not. However, we cannot stress enough that yeast cells are not vegan. Yes, they are alive. But that does not mean that they are animals.

Yeast is considered vegan to everyone except for a select few vegans who believe that consuming living cells is not ethical. However, the majority of vegans do not believe this and consider yeast vegan-friendly.

So, good news! You can consume all of your yeasty goodness foods and drinks that you love - as long as the other ingredients are vegan, of course.  But when it comes to the yeast, you’re in the clear. Hooray for bread and beer!