Lactic acid is something that is most commonly associated with exercise, particularly high-intensity, endurance sports such as cycling or running. It is a waste product of anaerobic respiration and is created naturally during the body. But, despite being a natural substance, it actually has a few negative effects on athletes, including muscle soreness.

Putting sports to one side, you may have noticed that lactic acid is one of the ingredients contained in sourdough bread and some wines. For vegans, this can be a confusing ingredient as there isn’t really any clear indication as to whether or not lactic acid is derived from animals. 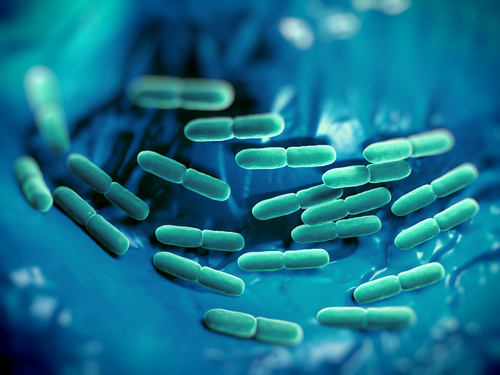 It becomes even more difficult to determine when you consider that the prefix ‘lac’ in ‘lactic acid’ comes from the Latin for ‘milk’. This means that any vegan who is aware of this etymology is quite likely to steer clear of products that include lactic acid, as there is a belief that milk is in the ingredients.

So, is lactic acid vegan? Below, we’ll take an in-depth look at lactic acid, break down the confusing etymology of it, and find out once and for all if it’s an ingredient that people following a vegan diet should steer clear of.

What is Lactic Acid?

Let’s start at the very beginning, and talk about what lactic acid is exactly. We’ve touched on this briefly above, and we know that it’s a chemical reaction formed within the body as a response to anaerobic respiration. But can lactic acid be formed in both humans and animals?

This answer to this lies within its name. Lactic acid was first isolated in the 1780s by Swedish chemist Carl Wilhelm Scheele, using sour milk as the base ingredient. This is where the ‘lac’ in ‘lactic acid’ is derived from. This is the same as the way lecithin is taken from the Greek word for ‘egg yolks’, which is what it was originally derived from.

With this etymology in mind, it’s easy to see why there is reasonable doubt surrounding lactic acid’s vegan credentials.

Is Lactic Acid Derived from Animals?

Considering that lactic acid was first isolated using sour milk, it’s easy to assume that lactic acid is derived from animals. However, there isn’t any reason why the lactic acid that can be found in products such as sourdough bread and wine necessarily has to have come from animal-based ingredients.

As with a lot of vegan ingredients, there is a bit of a grey area surrounding lactic acid. The majority of the time, the lactic acid found in food is plant-based and will have been derived from beets. In this instance, it can be considered vegan.

Keeping in mind the ‘grey area’, however, it would be safer to assume that if you’re eating a certified vegan product that contains lactic acid, the lactic acid will be 100% vegan. If it isn’t certified as vegan, there’s a high chance that it will have been isolated from plant-based ingredients, but if you don’t want to risk it you should leave it.

It’s worth noting that PETA has included lactic acid on its list of animal-derived ingredients. However, although PETA is often regarded as the gospel of vegan-knowledge, there is a tendency to mark anything that might not be vegan as completely un-vegan without any further research.

As we’ve said, there is a gray area surrounding lactic acid, and it’s not something that can be thrown into the non-vegan pile quite so easily. This is essentially because the majority of lactic acid is either naturally formed or produced using vegan ingredients.

We’ll go into these details a little later but, for now, let’s take a look at how vegan-friendly lactic acid is produced.

How is Vegan-Friendly Lactic Acid Produced?

If lactic acid is an ingredient featured on a certified vegan product, it’s safe to assume that it hasn't been isolated from milk or any other animal-based ingredients.

When it comes to finding out how vegan lactic acid is produced, however, things become a little confusing. It occurs naturally in so many foods and can be used in a huge variety of ways and, to create even more confusion, it’s also added to a lot of milk-based products.

This includes fermented milks, yogurts, and sour cream. While these foods are clearly not vegan since they are derived from animals, the lactic acid that has been added to them has an unfair association with the products. This is one of the reasons why so many people assume lactic acid is a product to avoid altogether if you’re following the vegan lifestyle.

But just how is vegan-friendly lactic acid produced? We’ll try to break this down into the simplest terms possible below.

Thousands of tons of lactic acid are produced every year, and it’s done so in a variety of different ways using a huge range of different products. However, most commonly it is synthesized by using a chemical production process that begins with acetaldehyde.

Acetaldehyde is the chemical that our bodies produce as a byproduct of processing alcohol, and it’s what’s responsible for that hangover feeling.

Now, obviously this isn’t extracted from people suffering from the night before and put into food ingredients! Instead, vegan lactic acid is produced using coal and oil which, as both are naturally occurring, don’t contain any animal ingredients, and are 100% vegan.

Regardless of which method is used, the main point here is that lactic acid can be produced from ingredients that aren’t derived from animals. This includes coal and oil, as we’ve mentioned above, as well as just about any source of sugar. Oftentimes this is pure sucrose or unrefined sugars.

So, we know that lactic acid occurs naturally in the human body and that mammals produce lactate which is the base of lactic acid through brain metabolism. But what foods contain lactic acid as a part of their ingredients list?

Lactic acid can be found in some wines and beers. It’s also an ingredient used in super-trendy sourdough bread, and it’s the fermentation that lactic acid brings to that gives sourdough its unique flavor.

It can also be found as a naturally occurring ingredient in soured milk products and, as we mentioned earlier, this is where it was first isolated from.

Other fermented and pickled foods such as kimchi and sauerkraut contain lactic acid. Incidentally, these types of foods are becoming an increasingly popular choice for supporting gut health and keeping your digestive system in good working order.

The bacteria that naturally occur in the fermentation of vegetables use the sugars produced by the veggies themselves to create the lactic acid. This process is 100% vegan and, as such, means that any pickled or fermented vegetables containing lactic acid are a fantastic choice for anybody on a vegan diet.

Lactic acid isn’t only found in food products though, and you may also spot it on the ingredients list of pharmaceuticals and cosmetics.

As is the case with most ingredients, lactic acid may not be detailed as clearly or as simply as ‘lactic acid’ on an ingredients list. Instead, it might be listed as its E Number of E270.

This is a good thing to look out for if you’re trying to avoid any products with lactic acid in them, especially if you’re unsure of their source.

When you spot E270 on an ingredients list, it also means that the lactic acid is being used in one of a variety of different ways. It may have been added as a way to preserve the food, add flavor, or as a microbial agent. It could also have been added to speed up the fermentation process.

It’s less likely to be listed as E270 on household cleaning products, pharmaceuticals, and cosmetics. In these instances, it will simply be listed as ‘lactic acid’.

Check with the Manufacturer

This is something that we often advise on ingredients and products that are surrounded by a grey area. If you’re ever unsure as to whether or not something is 100% vegan, or you can’t find any information on the source of the ingredient, it’s a good idea to check with the manufacturer directly.

This is especially true if a product isn’t certified as vegan-friendly.

In a continuing theme with lactic acid and its vegan credentials, there is no real labeling to indicate the source of the lactic acid in the same way as lecithin does. This could be because lactic acid is considered vegan, but it’s just not something that anybody can really be certain of by looking exclusively at the ingredients list.

Cargill, who is arguably the world’s largest producer of lactic acid, only used plant-based sugar in their production process. Another major lactic acid manufacturer, Henan Jindan Lactic Acid Techn Co., produces theirs from corn starch using an advanced bio-fermentation and refining process. So, if you’re choosing a product with lactic acid that has been produced by either of these companies, it’s safe to say that it is vegan.

Another vegan lactic acid manufacturer is Corbion, and they produce their lactic acid by fermenting carbohydrates and sugars. This also makes Corbion’s lactic acid totally vegan.

Of course, while these are the three biggest lactic acid producers in the world, it doesn’t necessarily mean that the lactic acid contained in your food product comes from one of them. Some may use a smaller company or a producer located in the same country and unless you check, you won’t know if the lactic acid they produce is vegan.

So, as always, if you’ve ever in doubt check with the manufacturer. Most customer support team telephone numbers and email addresses are quite easy to find online. Or, if you prefer, you can take to social media to question them about the vegan credentials of their lactic acid. Doing this can also help other people as the response will be publicly available for other people with the same question to see.

Determining whether or not lactic acid is vegan isn’t an easy thing to do, simply because ingredient lists don’t feature the origin of it. We’re going to have to turn to the word “probably”, here. While this isn’t good enough for most vegans to accept, the fact that lactic acid is probably vegan is quite evident.

To make things a little easier to determine and to defend our point around the probability of it being vegans, let’s take a look at what we do know about lactic acid and its vegan credentials:

The final point listed above isn’t intended to belittle the issue of veganism, it simply goes to show that in some circumstances it’s nearly impossible to tell if something is vegan or not depending on how strict you are with yourself.

If you’re new to veganism, cutting meat, fish, dairy, and eggs out of your diet is a huge step in the right direction. And, until you’re feeling more confident with your cooking and menu choices, there’s no point in sweating the small stuff. Doing deep research into the source of certain ingredients is something that you can concentrate on when you’re ready.

You may also decide that your time is better spent educating and informing other people about the benefits of living a vegan lifestyle. This can often lead to them converting and, as they do, the chances of reducing animal suffering are dramatically reduced.