A pantry staple, flour can be used in countless dishes for a whole number of reasons. It’s the main ingredient in bread, baked goods, and pastries, but what actually is flour?

To put it simply, flour is a milled powder of grains. Wheat is the most common grain to make flour from, but you can create flour from almost any grain that you can think of. 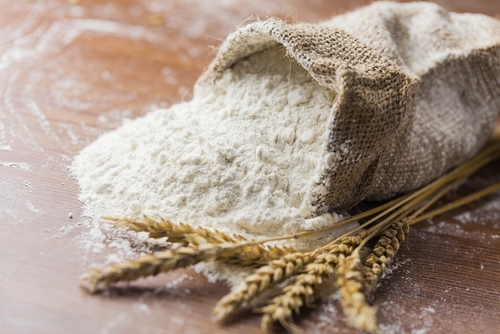 Grains are edible seeds that are taken from cereal plants. To turn the grains into flour they go through a process called milling. This is where the grain is broken down into incredibly small pieces.

As you can probably see, flour is incredibly important in our everyday lives - and most of us don’t even know it. It is found in a large number of foods that are loved all over the world.

But that begs the important question of: is flour available to consume in the vegan-friendly diet?

Many foods are ambiguous when it comes to this question, with not a simple answer that most people are looking for. Today we are going to be looking into whether the flour is suitable for the vegan diet.

How is flour made?

We touched upon this a little earlier, but let’s take a deeper dive into how our beloved flour is made. Flour is made by the grains being crushed and ground until they are powder fine. This can either be done with a pestle and mortar or with a processing machine.

Many people like to make their own flour at home to ensure that there are no chemicals or unnatural ingredients added to their flour. However, using a pestle and mortar can take much longer than visiting the shop to get a bag of flour, so make sure that you have enough time and muscle power.

Flour has been used for centuries, dating back to over 30,000 years ago thanks to archaeological evidence.

Wheat is the most common grain to make flour from, but many other cereal grains can be turned into flour. In more recent years, more unique foods have been turned into flour such as bananas, chickpeas, almonds, coconut, hemp, rice, corn, and potatoes.

These flours all vary in texture and flavor. Flour can either be refined or wholegrain. Refined powder only contains the endosperm of the grain and whole-grain flour contains the germ, bran, and endosperm.

Grains are completely vegan-friendly and are one of the staples for many vegans’ diets. So, if the flour is simply made from grains and they have been crushed down, then it is vegan-friendly.

However, mass-produced powder has come under fire by the vegan community due to the additives that are sometimes added to the flour to prolong the shelf life. Refined flour is the worst for this, and they often contain additives such as Sodium Benzoate. But alas, this still doesn’t make the flour not vegan-friendly.

Now, you might have heard about the animal-derived amino acid that often comes from duck feathers, pig hairs, and even the hair of humans. L-Cysteine has reportedly been an added ingredient of some flours due to the fact that it can improve the speed at which dough rises in the cooking process.

L-Cysteine is sometimes added to bags of flour, obviously making them not vegan-friendly. However, the good news is that this will be listed in the ingredients list for the bag of flour. It can also be listed under Cysteine or E920 (its E Number form).

L-Cysteine is not commonly used in the production of flour anymore, so as long as you check the ingredients list before buying the flour, there is no cause for concern for vegans.

A common misconception of bleached flour is that it goes through the same bleaching process as refined sugar. Refined sugar is bleached by the use of bone char. While the bone char is removed before being sold or used in recipes, vegans do still believe that this is unethical.

However, the good news is that refined flour does not go through the same process as refined sugar. The refining process of flour does use bleaching agents, but none of these contain products derived from animals.

What are these bleaching agents?

Still have your reservations about these ‘bleaching agents’? Never fear, as we have found information on some of the most common bleaching agents, including what they do and what they actually are.

What it does: Ascorbic Acid is an oxidizing/maturing agent that makes the dough stronger by bettering the development of gluten.

What it is: Ascorbic Acid is simply another name for Vitamin C. Vitamin C is produced through the fermentation process of glucose. This is vegan-friendly.

What it does: You might recognize the word ‘peroxide’ from bleach designed to go on hair to remove all of the colors from it. Benzoyl Peroxide is another bleaching agent just like hair bleach, which might have something to do with the fact that it is now banned in the EU.

What it is: White crystals or powder made by passing bromine through a heated amount of potassium hydroxide. Neither of these products is animal-derived and therefore it is vegan.

What it does: Butylated Hydroxyanisole is a preservative that allows the shelf life of your flour to last longer.

What it is: Made up of two organic compounds, Butylated Hydroxyanisole is a waxy substance that contains no animal-derived ingredients or practices.

What it does: Chlorine, also commonly found in swimming pools, is a bleaching and maturing agent. Again, it is banned from use in the EU.

What it is: We all know that chlorine is a substance used to kill germs and bugs in a swimming pool, and this is exactly what some manufacturers use to bleach flour. No wonder it’s banned!

What it does: Fumaric Acid is a reducing agent that weakens the dough’s elasticity to shorten the proofing time.

What it is: This acid is an organic compound that naturally occurs in different fruits and vegetables.

To sum up, all flour is vegan as long as it doesn’t contain L-Cysteine. While some of the bleaching agents don’t sound too appealing to consumers, they are all without animal-derived products and therefore all vegan.

So, the majority of types of flour at your supermarket will be vegan-friendly, no matter whether it’s bleached or not. Just remember to look out for the added amino acid that we mentioned above in the ingredients list, but this is very uncommon to find nowadays.