David Attenborough has become a world renowned legend, beloved for his passion for the environment, animal welfare, nature and planet Earth.

The man is now known as a national treasure, praised for his inspiring and astounding nature documentaries, soothing narration, and yearning for saving the planet and its wildlife as best as we can. 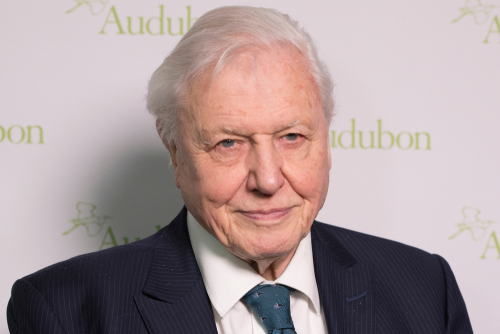 At the age of 94, David Attenborough continues to educate millions, discuss environmental issues, and campaign for change. One of his latest projects called

A Perfect Planet delves into the fragile nature of our world, and how humans should strive to do good, and protect the planet for the years and the generations to come.

His outstanding career and wildlife work can lead you to wonder whether David Attenborough himself leads a vegan lifestyle. It may surprise you to find that the answer to that question is actually no.

Despite Attenborough’s extensive efforts to inspire change and sustainability, he does not actually lead by example.

That being said, he does limit his meat intake massively. David Attenborough himself stated that whilst he is not vegetarian, or vegan and entirely revolted by the practice of eating meat, he does not eat very much of it at all.

A few years ago, in an interview with Lily Cole, David Attenborough explained his lifestyle choices, and decision not to eat much meat in a little more depth. He stated: ‘We can’t go on eating meat at the rate we have been’ and that he no longer has the same appetite for eating meat.

He went on to wonder if this is due to the state of the planet, and the rate of destruction that humans are having on its wildlife.

In other interviews, David Attenborough has always encouraged others to lean towards plant-based or vegan diets, or at least cut back on their meat intake. It is clear that the meat industry is damaging the environment, and that a plant-based diet in more of the population would have a much greater and better impact upon our world and its sustainability.

This means that, although many people are opposed to a plant-based diet, it would still be beneficial for the public to restrict their meat intake and consumption, if we are to increment better sustainability and reduce any further damage to the environment.

So, let’s take a leaf out of David’ Attenborough’s book, and make a difference to the world, today!

Sir David Attenborough, natural historian and national treasure, is a powerful advocate for the natural world and its inhabitants. In 2020, the television broadcaster urged his audience to consider the ecological and environmental benefits of a plant-based diet.

But does David Attenborough himself follow a vegan diet?

What is David Attenborough’s Diet?

David Attenborough is not strictly a vegan or vegetarian, as he revealed in an interview with Radio Times.

However, the educator went on to specify that he no longer eats red meat due to the alarming environmental impact of its production. He also candidly discussed his own consumption of free-range chicken and fish, telling the interviewer he felt ‘troubled’ by the ‘middle-class hypocrisy’ of such a diet.

Ultimately, David Attenborough is not vegan, although his honesty and moral understanding of the diet suggest that he may make the switch at some point in the future.